In Louro, Portugal, the Laurus Nobilis Music Fest 2022 is a rock music event that takes place every year.

The festival, which is non-profit and independent, invests all of its profits in a local cultural association and an initiative they’ve set up to promote rising artists from the region. 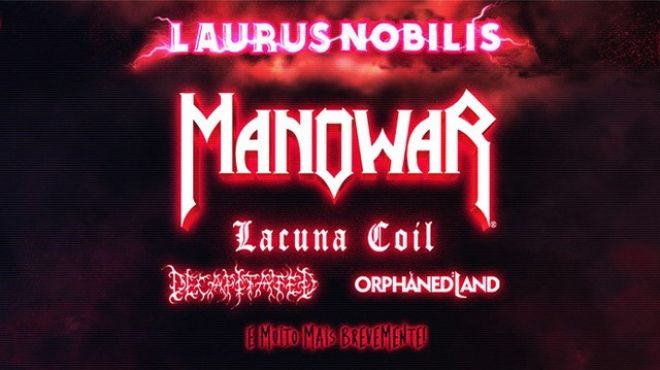 Want to grab a Portugal visa online so that you can take part in this amazing Portuguese music festival?

Before you get all excited, take a few minutes to read this brief article that throws light on all the amazing things the festival has in store for you!

The North American band MANOWAR will participate and perform on the first day of the festival, together with the Brazilian bands like Vella, Jardim Letal, Medo, and Via Sacra, and the French bands DarkTribe.

Swedes at The Gates are headlining on the 22nd, with accompaniment from numerous international acts like Israelis Orphaned Land, Poles Hate, and Spanish Counteractt.

There is also a major emphasis on national names like Moonshade and Grindead and Sonneillon BM and Beyond Strength, the latter of which is a homage to Pantera.

Among the international acts on the 23rd is the Italians Lacuna Coil. The Decapitated Poles, the Benighted French, the Human Vivissection Belgians, and the Eternal Psycho Madrilenos from Spain will all round out the day’s events.

As far as the international scene is concerned: Basalt, Durrhast (a tribute to Rammstein), and Downfall of Mankind are all scheduled to perform on this day.

A general admission ticket and a day ticket can be purchased online at www.laurusnobilis.pt or in person at the regular locations.

The price of the general pass will remain at €84 for the foreseeable future. Only on the 21st can you purchase a daily pass that includes MANOWAR for €55.

The FAN Pack, VIP Passes, first access to the 21st, and exclusive stays in bungalows will soon be revealed by the organisers.

You can buy tickets from different online points of sale from the official website – https://www.laurusnobilis.pt/bilheteira/

The organizers of the festival are also providing exclusive festival merchandise in their online shop. T-shirts start at 20 Euros each and an event-special jacket is priced at 25 Euros.

Accommodations at the World music festival

If you have a general or day pass to the event, you’ll be able to camp for free if you display your ticket. In addition, there is a designated space for caravanning, complete with the necessary infrastructure.

The camping area is conveniently located around 100 metres from the actual festival venue. You’ll come across a comfortable ambience featuring all the shade you need and lots of fruit trees.

Additionally, some nearby essentials include the supermarket, device loading areas, community barbecues and user-friendly showers.

How to Reach the Venue of Music Festival?

Because Laurus Nobilis is located just 4 kilometres from VNFamalico’s city centre, the festival may be held in a rural setting while still being close to an urban area.

Ensuring easy and quick access to the event will be provided by national roads EN 204 (Famalico – Barcelos) and EN 206 (Famalico – Póvoa de Varzim). Famalico can be accessed by the A3 or the A7 from either of the country’s major highways. Famalico may be reached through the A3 if you’re coming from the north of Spain.

There is a Louro apeadeiro (with a prolonged rail stop timetable) just 500 m from the festival’s entrance for those who prefer to travel by train.

Transfer to the local bus network through the vnFamalico trucking plant after using the National Express Network. Public bus routes (local routes) run through the area where the event will be held, therefore getting to Laurus Nobilis by bus is an option.

Got all the information you need to materialize your trip to Portugal? All that remains is for you to apply for a Portugal visa from UK, complete basic formalities and jet off to the charming Vila Nova De Famalicao to take part in the exciting Laurus Nobilis Music Festival with your friends or family!